Fossil Fuel Subsidies, what you can do to get rid of them once and for all. “We’ve subsidized oil companies for a century. That’s long enough.” – President Obama, State of the Union Address, 2012.
22/07/2021 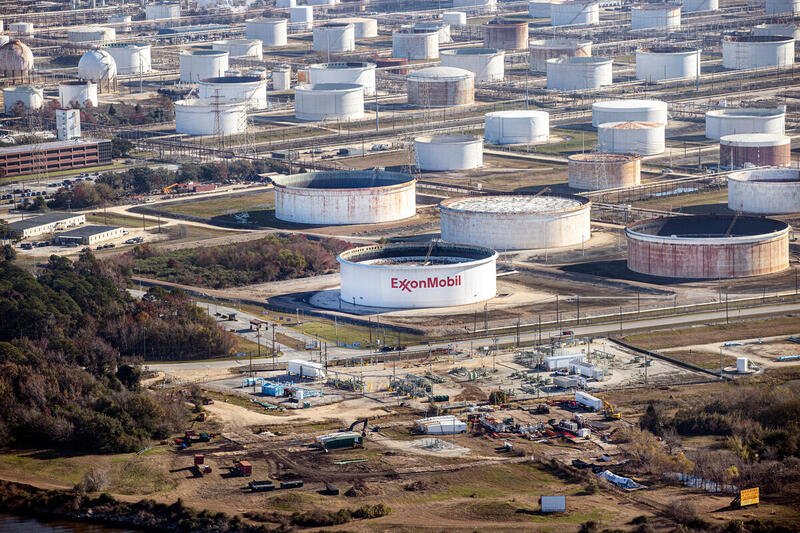 Our government gives away $20 billion in public money every year to fossil fuel corporations. It’s time to shift that investment to the clean, just energy system of the future.

This year, we’re campaigning to end all fossil fuel subsidies.

What are fossil fuel subsidies?

Essentially, a fossil fuel subsidy is any policy that rigs the game in favor of oil, gas, or coal compared to other energy sources. These policies come in the form of tax breaks, low-interest loans, and the failure to account for the true cost of fossil fuel pollution.

The US government has subsidized coal, oil, and gas for decades, despite the fact that a majority of voters want to end fossil fuel subsidies. Currently, experts estimate that direct subsidies to the fossil fuel industry total around $20 billion every year, $15 billion of that from the federal government. Indirect subsidies — policies that aren’t targeted at fossil fuel corporations specifically but still benefit them — total a whopping $649 billion per year in the US alone.

It’s time for our government to divest from systems of exploitation and extraction, like fossil fuels, and begin investing in community health and well-being. Ending fossil fuel subsidies is a vital first step.

1. Fossil fuel companies are responsible for the climate crisis.

We cannot continue to burn fossil fuels and limit global warming at the same time. Not even if we plant a trillion trees, and especially not if we continue subsidizing the very corporations responsible for the crisis we’re in today. Burning fossil fuels — coal, oil, and gas — for heat, electricity, and transportation is the single-largest contributor to the climate crisis. Just fifty fossil fuel companies account for half of global industrial greenhouse gas emissions.

Here’s the hard truth: Fossil fuel extraction projects that are already underway would produce enough climate pollution to push us well beyond 1.5 degrees Celsius of global warming. Continuing to explore for and develop new reserves of coal, oil, and gas would spell climate catastrophe — that’s not where our tax dollars should be going.

Even in the middle of a climate crisis, oil and gas corporations are still planning new drilling projects. These projects wouldn’t be possible without subsidies from the federal government. Because subsidies reduce operating expenses and pass on the real cost of pollution to consumers, oil production would quickly become unprofitable in the United States without them.

It’s no surprise that oil lobbyists at the American Petroleum Institute and their Republican allies are determined to hold on to the tax breaks and loopholes they’re used to. Their survival depends on it. But what’s bad for oil lobbyists is good for the rest of us — if we end fossil fuel subsidies we can reinvest that money in a just transition to renewable energy.

Climate destruction is only possible in a world in which racism is tolerated. Extracting, refining, and burning fossil fuels releases all kinds of toxic pollution. It poisons the air and water of nearby communities, which are disproportionately Black, Brown, Indigenous, and working-class. Fossil fuels killed 8.7 million people globally in 2018 alone. In the United States, air pollution from burning fossil fuels is linked to an estimated 350,000 deaths every year, disproportionately in communities of color.

At home and around the world, people of color are forced to endure a disproportionate burden of toxic pollution while a small handful of overwhelmingly white fossil fuel executives and shareholders rake in millions of dollars in profits. This system isn’t fair. Ending fossil fuel racism means transitioning from an extractive economy to one that puts people and the planet first. It means achieving justice for the communities that have dealt with fossil fuel pollution for generations, and creating new opportunities for everyone to thrive in the renewable energy economy.

Not a dime of our tax dollars should go towards corporations that poison our communities and wreck our climate. By ending government subsidies for fossil fuels, we can fight the climate crisis and work towards justice, dignity, and well-being for everyone at the same time.

Subsidies make it easier for fossil fuel corporations to invest in lobbying operations that block efforts to tackle the climate crisis. Between 2000 and 2016, fossil fuel interests spent nearly $2 billion to derail climate legislation. Think about that. Some of the largest and most profitable corporations in the world receive billions of dollars from the federal government, which allows them to go and spend billions of dollars influencing federal policy. That’s not how democracy is supposed to work.

By ending fossil fuel subsidies, we can cut into massive corporate profits and reduce the stranglehold these companies have on our democracy. And as the political might of the fossil fuel industry fades, the political power of our movements — driven by young people, frontline leaders, Indigenous communities, farmers and landowners, activists, and Green New Deal champions — will continue to rise. That’s how we get to the future we’re fighting for. Here’s what you can do.

Right now, we have a historic window of opportunity to pressure the Biden administration and Congress to turn words into action and eliminate fossil fuel subsidies for good. But we know fossil fuel CEOs are going to fight tooth and nail every step of the way, just like they have for the last decade. We need people and communities to urge our leaders to invest in a Green New Deal and not continue to bankroll the fossil fuel industry.

It’s up to us to demand that President Biden fulfill his mandate to Build Back Fossil Free by:

US politicians — including President Biden — have been talking about eliminating fossil fuel subsidies for a long time. But at every juncture, fossil fuel lobbyists and their climate denier allies stood in the way. This is the year that changes.

It’s up to us to demand that President Biden fulfill his mandate to Build Back Fossil Free by phasing out fossil fuels and prioritizing the needs of workers and communities. 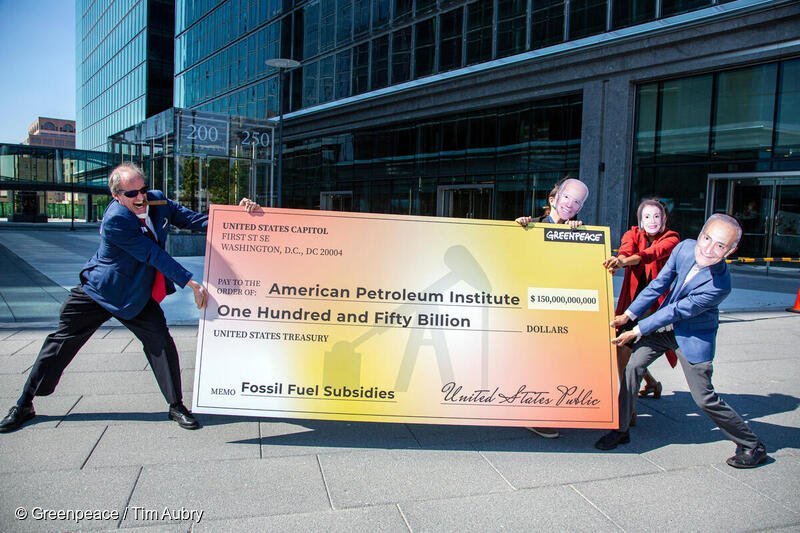