We all know that mainstream media is nothing more than a puppet; its strings pulled from the very few that hold the power in their hands and that can manipulate the opinion of small-minded people, incapable of reading between the lines, and unwilling to do an appropriate research across multiple sources of information. This is the case for the Canadian Truckers of the Freedom Convoy.

This situation become even more dramatic when there is a distortion of the truth from the Prime Minister speaking to reporters Monday from a quarantine site where he’s staying while the protests continue in the parliamentary precinct, Trudeau said he watched in horror this weekend as some of the protesters carried flags with Nazi insignia and climbed the National War Memorial; none of which is true!

Trudeau continued, Monday Canadians are “shocked” and “disgusted” with the actions of some of the protesters, pointing to the presence of swastikas and Confederate flags in the protest, the desecration of the Tomb of the Unknown Soldier and acts of hooliganism at a local homeless shelter, Trudeau said his government “won’t cave to those who engage in vandalism or dishonor the memory of our veterans”, which—again—is all a lie. The one moronic kid standing on the grave of the unknown soldier is not hooliganism; there was no sign of Nazi flags or fascist groups, and there was no act of violence.

We also know—and ignore—that when there is any sort of protest, there will inevitably be a group of dangerous people that will destroy private property, monuments, shops, and anything in their path because there is a higher chance not to get caught. There is also the known fact that many criminals, that attach themselves to any protest, are directed by higher powers that use this shameful strategy to shift the attention of the public eye and manipulate their opinion.

This is not conspiracy theory. This is happening right under our eyes. Mainstream media accusing truckers to seal food from the homeless, destroying monuments, and bringing violence in the streets. Unfortunately for mainstream media, there are thousands of videos from the participants of this protest that documented a peaceful event, with stores gifting food, gloves, and more to the truckers out in the cold.

If compared to the Black Lives Matter protests—where there was destruction, vandalism, riots, and looting—the Freedom Convoy has been an exemplary demonstration of peaceful protest. In this shocking example of poor journalism from CTV News, the video shows nothing more than one kid standing on the tomb of the monument of the Unknown Soldier, and some flags placed on the statue of Terry Fox. This cannot be compared with the destruction caused by other protests whether in Canada or US.

This preposterous article by CTV News is one of the many that are distorting the facts to shift the people’s opinion on what is truly going on, and CTV News is not the only news agency to be so obnoxiously untruthful.

Trudeau had a great opportunity to show what great country Canada is, and he irreparably squandered it. There is no doubt that this pandemic has put the health care system on the fringe of collapse; health workers are heroes that we have no way to truly thank for their ongoing and restless sacrifice.

For this reason we are aware of the controversy about vaccines and the right to decide what happens to our bodies—we don’t believe there is an easy solution—but shying away from the conversation is definitely not the way to handle this matter.

The lack of leadership, is a worrying factor that exacerbates the anger and resentment toward the government, which has been on thin ice for over two years.

This is what happened during BLM protest.

When there is inadequacy of communication, followed by poor leadership in the government, there will always be an increase of violent reactions, but this is not the case.

The sense of anguish and heartbreak spreads when speaking about the difficulties of truck drivers that need to cross the border and are not vaccinated. Their livelihood is connected to ours in a symbiotic relation that if tampered with causes all sorts of problems; from empty stock shelves to vertical rises of prices of all goods.

We strongly believe that this level of coercion from any government is the true form of violence; becoming a dictatorship that must be fought. Political leaders are placed in power to help the country and the people that elected them. Unfortunately, politicians tend to have a short memory that disappears the second they are elected. This Freedom Convoy is a reminder that the people are in power; that the people’s needs come before the politician’s needs, and to finish this article I would like to remind our Prime Minister Justin Pierre James Trudeau, that he must answer the questions that Canadians ask, without cowering away in his luxurious cottage.

From Telegram this morning: Massive convoy of truckers have blockaded the US-Canada border crossing in Alberta pic.twitter.com/GFb2KVG8v3

Coutts, US - Canada border last night. The protest for the freedom of truckers and farmers continues unabated.#TruckersForFreedom#FarmersForFreedom
pic.twitter.com/J9yL4X9syc 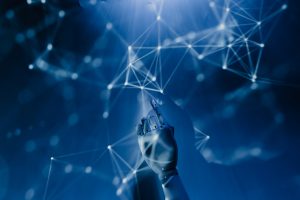 ChatGPT and climate change: the faith of our world in AI 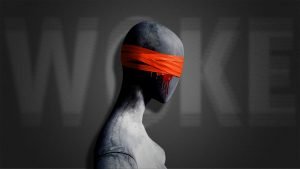 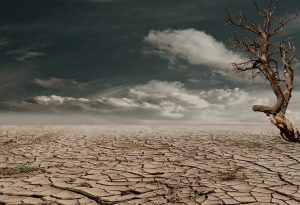 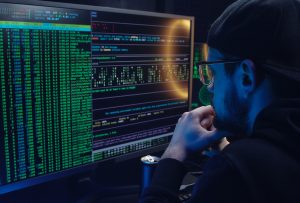 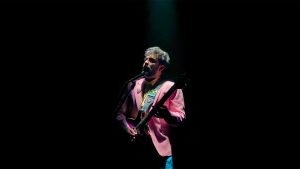 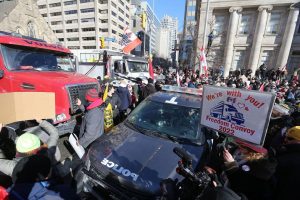 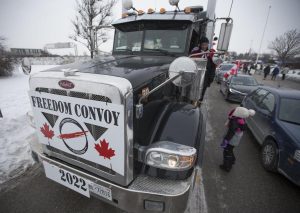 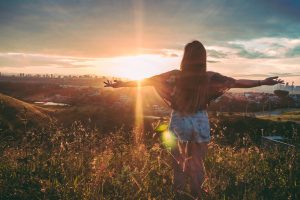